Courageous Leadership from the Heart
Blog 1 of 6: The Case for Individual and Organisational Change.

We have created global environmental degradation; national economic and social issues such as extremes of inequality and poverty; organisational ethics and integrity problems like the VW emissions scandal; organisational culture and hierarchical ego-based leadership obstacles that have contributed to individual “disconnection”, mental illness, stress, nervous breakdowns, depression, and obesity.

There must be a better way of running society.

The more people get completely fed up with the current “system” the more we will act for change. These problems are so enormous that a fundamental change in the way we operate is needed. Everyone can “take back control” of their own lives by taking more responsibility and action to lead more conscious lives. Leaders of our corporations, governments, and civil society organisations have the power and influence to co-create a world with more humanity and care. They can change organisational culture towards inspiring people, advocating higher purpose and simplicity, supporting the whole person, and embracing self-management and collective action.

Let’s start with looking at why people are becoming disillusioned with the state of society and the world and why fundamental change is needed. This makes for difficult reading, but fear not, I go on in subsequent blogs to show how things could change for the better.

Some examples are: The decimation of insects in Europe by 80% and bird populations by 400m in 30 years; mindboggling deforestation with 18.7 million acres of forests lost annually (27 soccer fields every minute); every hour, 1,692 acres of productive dry land become desert; 1 in 9 people lack access to safe water. 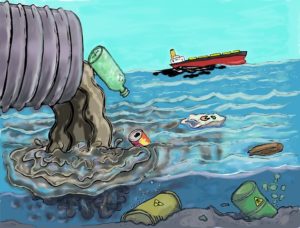 Without insects, pollination will not happen, and food production will be decimated. Without trees soil degradation will continue and feeding a world population will become a major crisis. Without clean water, we cannot survive. A bleak environmental future for us, our children, and our children’s children. Environmental degradation has become so bad that finally people have got exasperated and are talking, acting, complaining, and rebelling.
Global response is insufficient and grossly unacceptable. We need to seriously re-examine our way of life as the only solution is transformative change on a massive, global scale.

National (UK) economic and social issues – Capitalism and neoliberalism have led to inequality and poverty.

Neoliberalism refers to economic liberalisation policies such as privatisation, austerity, deregulation, free trade and reductions in government spending in order to increase the role of the private sector in the economy and society.

Neoliberalism has left too many people with “shit-life syndrome”, a term coined by doctors in the United States. A passage from the UK Guardian newspaper explains it well. “Poor working-age Americans (though the same applies in Europe) are locked in a cycle of poverty and neglect, amid wider affluence. They are ill-educated and ill-trained. The jobs available are drudge work paying the minimum wage, with minimal or no job security. They are trapped in poor neighbourhoods where the prospect of owning a home is a distant dream. There is little social housing, scant income support and contingent access to healthcare. Finding meaning in life is close to impossible; the struggle to survive commands all intellectual and emotional resources. Yet turn on the TV or visit a middle-class shopping mall and a very different and unattainable world presents itself. Knowing that you are valueless, you resort to drugs, antidepressants and booze. You eat junk food and watch your ill-treated body balloon. It is not just poverty but growing relative poverty in an era of rising inequality, with all its psychological side-effects, that is the killer.”

A tough world for many indeed. To repeat, 4 million UK workers are classified as living in poverty and 1.2 million food parcels were handed out in the UK by The Trussell Trust in 2016/2017. 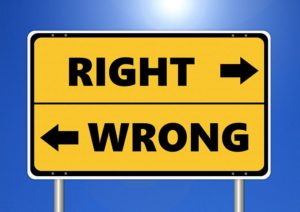 There is a message being received loud and clear by the victims of modern-day capitalism: profit comes first, people come last.

Organisational culture and authoritarian fear-based leadership.
According to The Potential Project research shows that the world is facing a global leadership crisis. 77% of leaders think they do a good job of engaging their people, yet 88% of employees say their leaders do a bad job with engagement and 65% of employees would forego a pay raise to see their leaders fired. This is an enormous waste of human talent.
In the UK charity sector, where one may expect more compassion, a survey by Unite in 2019 found workers are suffering mental health problems and severe stress because of long hours, excessive workloads and management bullying.
At the heart of the issue is the authoritarian fear-based leadership model. This has produced global economic progress and taken millions of people out of poverty. However, the world has fundamentally changed and the current issues we face have predominantly been created through the model of capitalism and neoliberalism and is, therefore, unlikely to be resolved by the same system.
Authoritarian leadership is motivated by power, leader-follower relations, micromanagement, with a blame culture leading to excessive command and control. This leadership model undermines people’s creativity, desire, engagement, and responsibility to act. People do what they are told, keep quiet and leave their true selves outside of the organisation. Work has, for many people, become dehumanising and a matter of survival. According to The Energy Project, for most people work is a depleting, dispiriting experience, and getting worse.

Individual “disconnection”
The way our world is presently being run makes us feel powerless, silenced and unable to influence the system. It feels, for some, like a “disconnect” from all that is happening around us. A disconnect from global environmental degradation, a disconnect from national social and economic issues, a disconnect from organisational concerns over ethics and integrity, a disconnect from organisational culture and leadership; and a disconnect with ourselves.
The “busyness” of our lives working five days a week with long hours, shifts, weekends or multiple jobs, just to make enough to live, often coupled with long commutes. Living for the weekends, if possible for you, but even then, being too exhausted to be present. Unfortunately, it’s easier to keep getting on the “treadmill” of life and surviving the status quo. We need something to happen to make us stop.
Not everyone is so disconnected, but everyone can find time to get engaged with what is going on in society and, more importantly, your own life and start to discover what brings you joy.
In summary, and despite global improvements regarding extreme poverty, access to employment and education, the world is simply not working well enough for the majority of people and the planet. Global response to environmental catastrophe, extreme economic and social inequality, ethics and integrity issues, and poor organisational culture has been extraordinarily inadequate. The case for change in individual and organisational behaviour is overwhelming. We need to seriously re-examine our way of life.

This is a “wake-up call” to all, especially the people with the power to incite change, the leaders of corporations, governments and civil society organisations. Courageous and conscious leadership from the heart may be the answer. This being reconnecting with your inner-compass through conscious lives, an engaging organisational purpose and simplifying systems, to wholeheartedly supporting your people, to promote self-management and collective action through quality collaboration.
The next blog is on conscious lives or individual reconnection with our mind, body and soul as a foundation for a fundamental shift in the way society operates.

Intandem’s services for Courageous and Conscious Leadership from the heart:
Intandem and our network of consultants can accompany you in finding clarity and quality of mind entailing individual Conscious Lives, organisational purpose and simplicity, support for the whole person, embracing self-management and collective leadership for action.